Were in Love, set the date……

Do we need relationship education?
Whenever I meet couples for the first time, and even before agreeing to be their marriage celebrant, I mention the possibility of having pre marriage education. Sometimes I get the following reply weve been together for years and we have matching tattoos, so there’s no chance of us being apartâ€™. Others simply ask.. Is it compulsory?â€™, then say we don’t need it.
I then quietly discuss how all relationships undergo change. Even the marriage; the public acknowledgement of commitment and love, can be stressful, as can preparing for children. If there are unresolved issues, it is best to have the chance at sorting them out before the big day.
Iâ€™ve been a celebrant since 2005 and this year has been an eye opener as Iâ€™ve had one bride ask if she could have an annulment 15 days after the wedding and two grooms contact me to say the wedding is off.
In the case of the annulment; the bride had married her cousin and they were living with her child from a previous marriage and her new mother-in-law. The father-in-law was working overseas and I guessed correctly that the mother-in-law was interfering. I suggested that the couple have relationship counselling and that they leave the mother-in-lawâ€˜s house to try and work things out. They did this, and I am pleased to say, they are still together!
I was to celebrate a wedding in March and in February the groom contacted me to say that things had changed and that they would not be proceeding with the wedding. No other reason was given.
Also in March, I received a phone call from a groom saying that heâ€™d moved out as heâ€™d grown tired of his fiancÃ©eâ€™s moodiness. He asked for suggestions, as being a Catholic, he didnâ€™t wish to marry then divorce. I asked him to contact a relationship counsellor with his fiancÃ©e. He was also concerned about how it would look if he called off the marriage at such short notice. I suggested; if he wanted to save face then they could have a commitment ceremony and marry later if things were resolved. He mentioned these suggestions to his fiancÃ©e who rejected both of them. A fortnight later, I received another phone call saying that the wedding was off.
Apart from the emotional stress, the financial cost to both of these couples would have been immense as the reception centres and all the other associated costs would not have been refunded in full.
As celebrants, we want our weddings to have the best chance of success. We cannot give counselling; however it is our duty to point couples in the direction of relevant pre marriage education courses to try and avoid the breakdown of relationships. 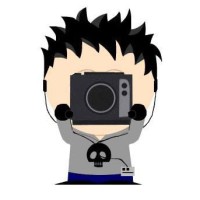